JDC Enterprises Inc is a trusted and well-respected demolition contractor that has been serving communities for over 40 years. Our team is equipped to handle the demolition of buildings up to 5 stories high. On-site safey regulations are always a top priority at JDC as well as efficiency, dependability, and budget planning. We offer emergency services and a video camera locating device. Call JDC today for all of your demolition, concrete removal and excavation needs.

I hired JDC Enterprises to remove an underground oil tank. They quoted me one price, sent a final bill that was almost double that, and then refused to address the increase. Tax was already included in the price but they wanted to charge tax on top of that, too. They left a mess all over the property, including workers empty bottles and cigarette butts. They used sub-prime materials to remove the underground oil tank and refused to provide lab results. This was the absolute worst company we have ever dealt with— stay far away.

I hired JDC Enterprises to address a drainage issue in my driveway. During heavy rainstorms, my basement would flood. JDC came in and added an 8-inch pipe to my existing catch basin and ran the pipe out to my back yard. This company is top notch. They are professionals and did a great job doing the least amount of destruction to my existing landscape as possible. I can t wait for the first deluge to see the water flow out of my driveway and not into my basement. After the installation, I discovered a problem with my old existing line. I was performing maintenance on the old drain and noticed that the water was not coming out the other end. I contacted JDC, and they claimed they did not disturb the old line. I told them I knew my existing system, and since they completed their work, the old system was not functioning as it once did. I anticipated the classic he said...she said battle and was expecting to have to deal with the outcome as the winter approached. On November 7th, much to our surprise, JDC was at my door to investigate our concern. They found the issue and made the repair, and all they left behind was one very happy customer. Today, I am applauding their customer service and want to thank Joe and Charlie for being the gentlemen that they are. You truly are a dying breed in this customer “no-service” world. If you want quality work and a company that stands behind their reputation, hire JDC!

We needed a building taken down and some other interior demolition on a separate building. The building that was taken down is around 20,000 sq.ft. For the interior demo, they removed some walls, platforms, and office spaces. JDC did a great job. They did what they said they would and did it well. 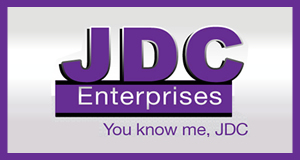 What to Expect Next